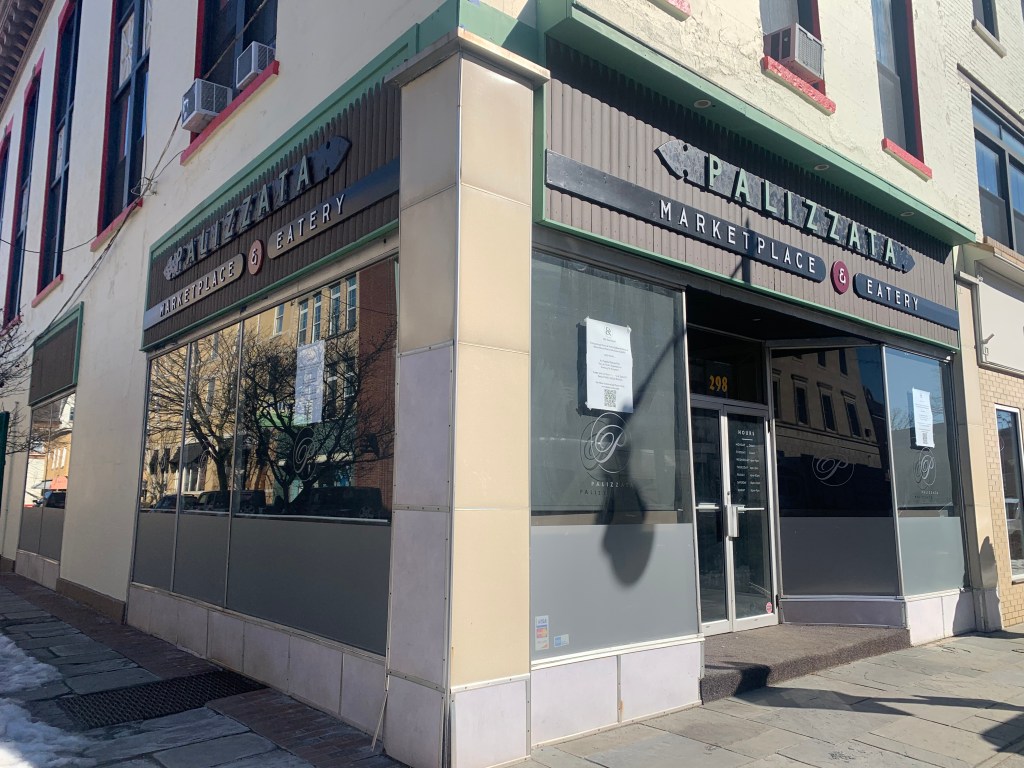 
KINGSTON, N.Y. — Tony and Nick’s Italian Kitchen, a popular Italian-American restaurant in Ellenville, is set to open a second location at the space at Wall and John streets by Tuesday, March 9.

The restaurant, owned by the father-and-son team of Eric and Joseph Cafaro, will specialize in American Italian favorites like brick-oven Neapolitan pizzas, chicken parmesan, and spaghetti and meatball dinners. The restaurant derives its name from Eric Cafaro’s dad’s first name, Nick, and his former partner’s dad’s name, Tony.

Final preparations, such as upgrading the gas lines to accommodate pizza ovens and renovating the kitchen at the 298 Wall St. location, are wrapping up, according to Eric Cafaro.

The Carfaros also owned the previous restaurant at the location, Palizzata. After three years of serving up authentic Italian fine dining, they knew it was time for a change, according to the elder Cafaro, who spoke to the Freeman in a telephone interview while on a trip to Rome and Tuscany in Italy to scout out wines for Tony and Nick’s.

“Tony and Nick’s Ellenville has been there for seven years, and now we’re converting Palizzata to Tony and Nick’s Uptown to have one brand,” Cafaro said.

Cafaro admitted Palizatta just never took off as they hoped.

“We were fairly successful and built up a wonderful clientele over three years, but Tony and Nick’s has a much wider audience,” he said. “Parmesan and pizza, family-style Italian is in more demand, than the fine-dining Italian. “People would ask us, ‘Why don’t you guys have pizza here in Kingston?’”

Tony and Nick’s makes its own mozzarella cheese and only uses San Marzano tomatoes in its sauces, Cafaro said.  “They’re known all over the world as being the best tomato.”

They also use Caputo flour. He said it’s number one in the industry for pizza crust.

Like Palizzata, Tony and Nick’s Uptown will also have a full vegan menu

Unique to Kingston, at least for now, all the pasta on the menu will continue to be made by hand, according to Cafaro. “We don’t do that in Ellenville. We wanted that to stay to create a subtle difference until Ellenville can do it too.”

The family also plans to keep a small gourmet Italian food shop that was part of Palizzata open.

A selection of favorite Palizzata dishes like Barolo-braised beef. chicken tartufata and grilled calamari will continue at Tony and Nick’s Uptown as rotating specials, Cafaro said. And they can be paired with one of the Cafaros’ personal wine selections, like a wine made by a 94-year-old winemaker at a 1,000-year-old Italian castle, he added.

Cafaro admitted they took a bit of a chance opening a restaurant in Ellenville seven years ago after his son became a chef. The family moved up to the area from Long Island 25 years ago.

But it turned out to be a hit, he said.

“It was embraced by the area,” Caputo said.

“If you take the top restaurants with Michelin Stars, there’s not take-out business,” he said. “The service and plating is the whole experience.”

He admitted Uptown seemed to “hit a brick wall” during the pandemic.

Several Kingston eateries have closed early this year, including Boitson’s on North Front Street in January, and, most recently, Grainne just across the street from Tony and Nick’s. In Midtown, Tony’s Pizzeria shut its doors in January, while the building housing The Anchor, at the top of Broadway near the new roundabout, was recently put up for sale.

He blamed the pandemic “pulling the rug out” on in-person dining at the same time rents have skyrocketed.

Still, Cafaro doesn’t want to give up on Uptown.

“We want to give it every chance we can to be successful up there,” he said.