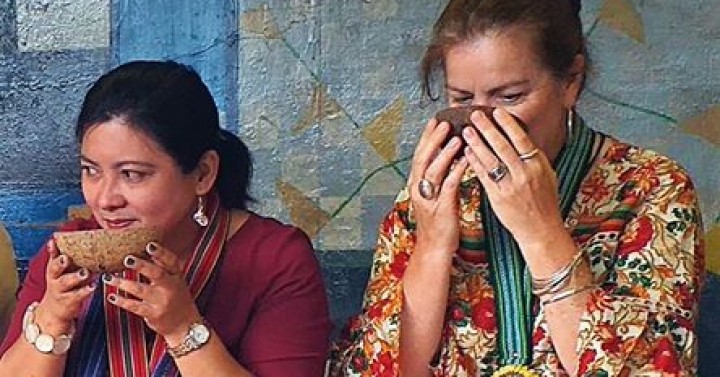 
BAGUIO CITY— Slow Food International, an Italy-based organization seeking to preserve traditional foods worldwide, has set its sights on the “mountain food” produced in two Cordillera provinces, with hopes of keeping them on dinner tables for future generations to enjoy.

“While Slow Food has already identified local food from two Benguet municipalities and four Ifugao towns, we will still finalize reports and find out how the local communities can help propagate the ‘mountain food’ that are distinctively Cordilleran,” said Elena Aniere, Slow Food International Asia Pacific program director, in an exclusive interview with the Philippine News Agency (PNA) over the weekend.

Aniere met with representatives of the provinces for additional discussions on the program.

She explained that experts from Slow Food made their rounds in Ifugao and Benguet communities to identify products distinctly Cordilleran.

“Although some of these food are the same, there are differences when you go from one community to another,” Aniere said.

Aniere explained that their organization is working with the Department of Agriculture to identify food products that will be the subjects of their preservation and promotion efforts.

Slow Food vice president Edie Mokiibi, an Ugandan agronomist, said they need to promote food that have been locally produced for generations, making them indigenous in the region.

Among these are “etag” (smoked pork) and “pinikpikan” among others.

Ganongan, a Kalinga, hopes to incorporate the program to the DOT Cordillera’s vision to promote Cordillera cuisine.

Currently, Slow Food has more than 100,000 members in 150 countries, where local or regional chapters are found.