INTERNATIONAL WOMEN’S DAY Meet the ‘godmother of the Latin community’ in St. John’s


Editor’s Note: In honour of International Women’s Day on March 8, SaltWire Network is highlighting the achievements of women throughout Atlantic Canada.

“I remember being new in Canada. It’s lonely,” she says.

“I try to be the helper. You don’t have a couch? I’ll help you find a couch. Do you need my couch? You can have my couch.” 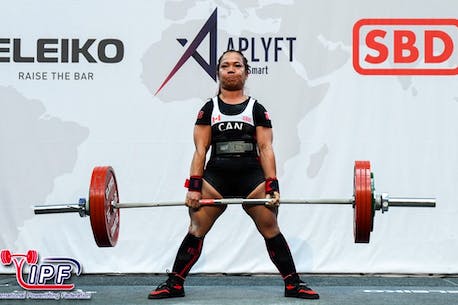 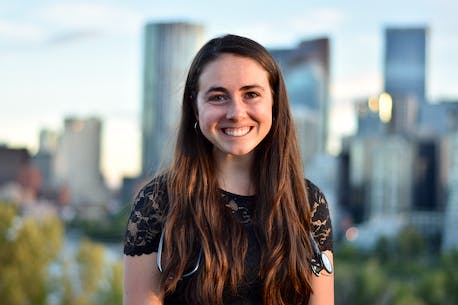 Cinthia is always on the move. The mother of four children — her youngest is six, her oldest is 21 — she and her husband also own Soul Azteca, a popular Mexican catering company in Conception Bay South, and Poco Loco, a new food truck operating out of Manuel’s River.

The Conception Bay South couple is known for their fresh and dynamic food, which has an impact that reaches far beyond the walls of the food truck — their food makes people feel at home. Both businesses are steadily growing, and they moved into catering for film and television last summer.

“We catered Sweetland, a feature film that was shot last fall on the Avalon, and worked on Disney’s Peter Pan. We can do it all. I make Mexican food, and my husband is a talented chef,” Cinthia says.

“We’re a great team. You want Italian food — he can do that. You want Mexican food — we got you.”

But more than just filling hungry bellies, their food also feeds the soul, especially of people who are far from home.

Originally from Guadalajara, Mexico, Cinthia immigrated to Canada 16 years ago and has lived in Newfoundland for the past six years. Despite being busy with her expanding business and large family, she’s a linchpin for her community. She makes connections, introduces people to each other, throws parties and gatherings, and is a one-woman welcoming committee.

“People don’t realize how hard it is to be an immigrant, so I try to be the person that new Canadians can lean on. It’s so important for people to have someone to call,” she says, adding with a laugh, “the most frustrating thing is when people won’t say they need to help, and I have to pry it out of them.”

Her plans for this coming summer? Cinthia and her family hope to organize a Latin heritage festival.

“I want to showcase our culture. I want people to know we’re here. I’m inviting people to try our food, listen to our music, watch our folkloric dances, and support our businesses. It would be inclusive; if other cultural groups wanted to participate, we’d encourage that too.”

Mike Wozney, Cinthia’s husband, says his wife has always made room in their lives for newcomers.

“That’s just who she is. We’ve had people eating dinner in our home the same day they actually arrived in Canada. Cinthia just heard them speaking Spanish downtown and asked them to supper,” he laughs.

“She’s such a great mom. Her family is everything, but it’s not just our family. Her friends become her family. Cinthia’s idea of family is bigger.”

“My boyfriend and I had just moved here from Toronto. We’d heard about a Latin soccer game, and we thought that’d be a good place to meet people; Cinthia was like, ‘OK, you guys are my second kids now.’ That’s just who she is,” Castillo says.

When they first arrived in Newfoundland, Castillo and her partner struggled to find a house to rent, so Cinthia and Mike opened their home to them.

“Cinthia and Mike let us stay at their place, helped us find an apartment. Then, amazingly, helped us find furniture; when it was moving day, we felt like Cinthia had called all of St. John’s to help us move,” Castillo explains.

“She knows everyone. It was amazing. We still see or talk to Cinthia every day.”

“I was just thrilled to see Mexican food, and I introduced myself to her. She said, ‘Your name is Santiago? My son’s name is Santiago. I already love you.’ It was my first time seeing someone from Mexico in St. John’s, and she just made me feel so welcome,” he recalls.

Wozney is famous for her annual Posada party that she throws each Christmas.

“Well, before COVID,” she says of the pandemic that has prevented the annual gathering.

“I would host a big party every year. It started small, but in our last year, we had 140 guests. I make sure there are piñatas and games for the kids. There’s dancing, and everyone brings food from their country. My husband and I just want everyone to have a good time. To feel at home at Christmas.”

Guzmán says her party means so much to the Latin community.

“The first time I went to her Christmas party, when I opened the door, it was as if I was in Mexico,” he says.

“The smells and the way the room was set up — it just transported me. The energy was incredible – lots of kids playing – it was a magical experience she gave me.”

Cinthia is sometimes called the “Godmother of the Latin community” in the St. John’s area, and Guzmán can remember making that connection in the back of a cab.

“I was on my way to see a play, and the cab driver had a Latin accent. I found out he was from Cuba, and through talking, we discovered that we both knew Cinthia! I think the whole community is connected through her. She brings us together.”